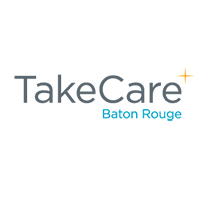 In 2006, after Hurricane Katrina, Manti’s Future US Foundation wanted to create positive changes within Louisiana neighborhoods in the Baton Rouge area. TakeCare was formed as an initiative of Sister Judith Brun, CSJ’s Community Initiatives Foundation (CIF).  To expand their efforts, Tommy’s Place, a child and family development center was created in 2013. in honor of Father Thomas “Tommy” Barberito, SJ,  a Jesuit priest who served as pastor of a predominantly disadvantaged area church in Baton Rouge. Tommy’s Place was established to continue his work in that area, with the idea that systematic social change occurs only when parents and neighbors are involved in programs that impact their children.

Tommy’s Place is committed  to preparing children for school and life, by working to overcome developmental delays, which compromise success in school and life. More than 80% of the children in this neighborhood, as well as similar ones, experience delays in at least one of the following: mental progress, speech, behavior, and health. Parents are required to engage in understanding and practicing methods that characterize wholesome child-rearing. In addition, parents participate in their own personal development by setting goals for their education and/or work training.

You can contact Sister Judith at TakeCare via this form: